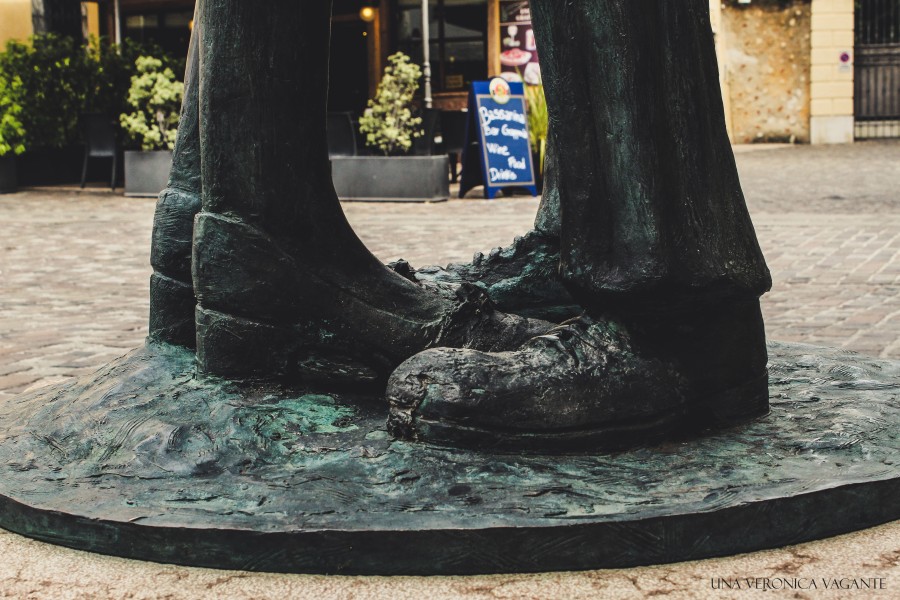 Life in Venice is made of bridges, gondolas, romantic sunsets… but there’s water. And water, and water again. And having lived my whole life among green hills, the lack of nature around me kept growing and growing, forcing me to find a shelter from the hot lagoon.
After some research on the Internet, I discovered the Caves of Oliero, and I took advantage of the trip to make a stop and visit Bassano del Grappa, too. 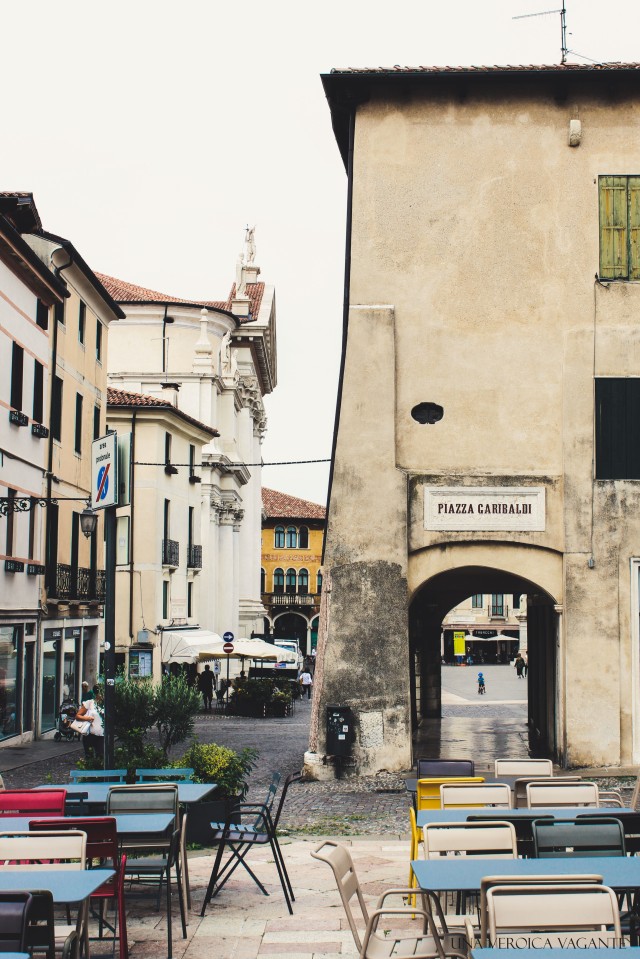 In the province of Vicenza, this town represents a set of calm, art, and history.
With settlements of Roman origins, it has sadly become famous for a slaughter in WW2. In one of the city boulevard, now called viale dei Martiti, fifteen martyrs were hung at the trees, that still nowadays have the crosses with the partisans names. 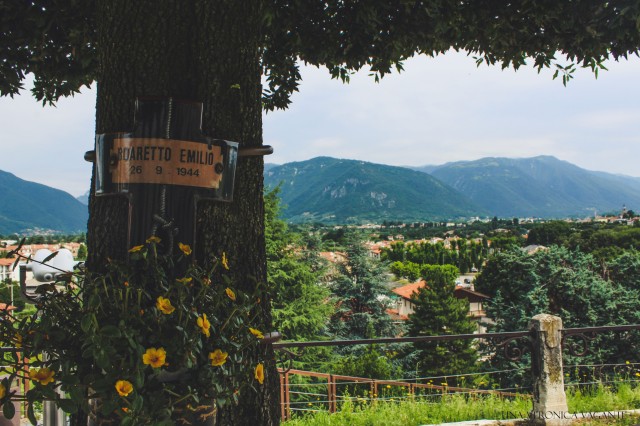 However, this isn’t the only element that reminds of the past of the town.
One of the main bridges on the river Brenta is Ponte Vecchio, also known as Ponte degli Alpini. Before getting there, I stopped at the Ezzelini Castle, and then to enjoy the view and the peace on the riverbanks.

Bassano del Grappa is well-known for the liquor, and one of the best places to taste it is the tradional Nardini, right at the beginning of Ponte degli Alpini.
Over the bridge, both on the right and on the left, there are two panoramic points where you can have a great view from different perspectives.

Wondering around the town without a set destiny is for sure one of the things to do, but you should also stop at the San Francesco Church to admire its uniqueness.

Because of my low budget and of the strict schedule, I decided to visit the Torre Civica and not the museum. The ticket for the tower costs 3€ (2€ the reduced fee) and is opened by the Museo Civico workers under request. The view from the top is breathtaking and its beauty is shocking. You don’t only see the city centre, but also the green suburbs from where vallies and little urbanizations open up. 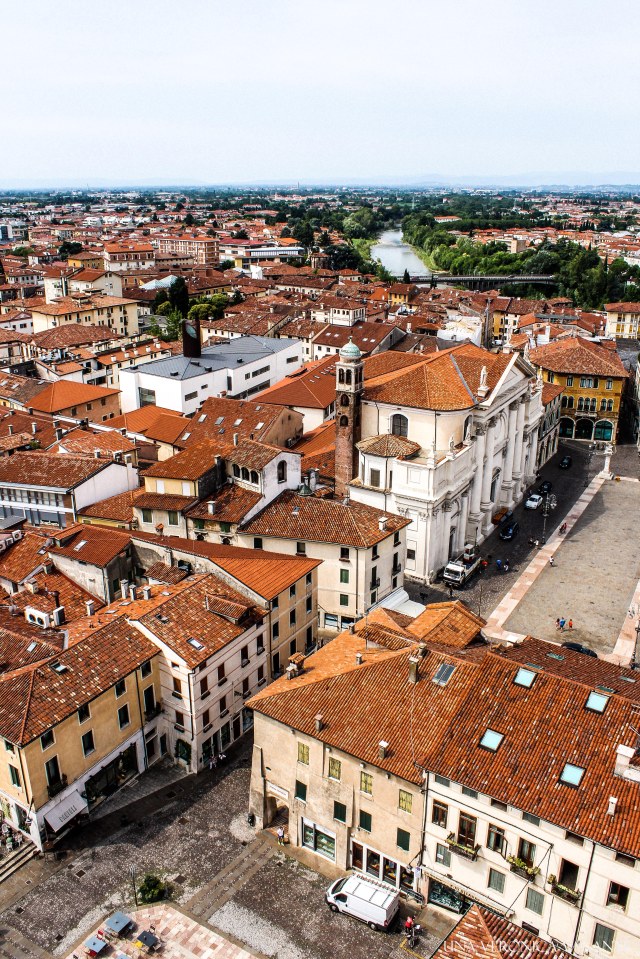 Bassano has other points of interest, like the Parolini gardens, but I decided to put the visit off in order to get to the train station and reach the station Carpanè – Valstagna by train.
From the station, you can find a walk along the river Brenta that brings you to Oliero caves in around thirty minutes.

The ticket at the Grotte di Oliero has the total price of 10€.
The visit includes the visit of the external caves and the little regional park in the surroundings, but also a guided visit at the inside of a cave. It lasts a little less than an hour, and it is all done on a boat. Admiring stalactites and stalagmites, the guide will explain you all the geological formations and historic events that brought to the discovery of the caves. 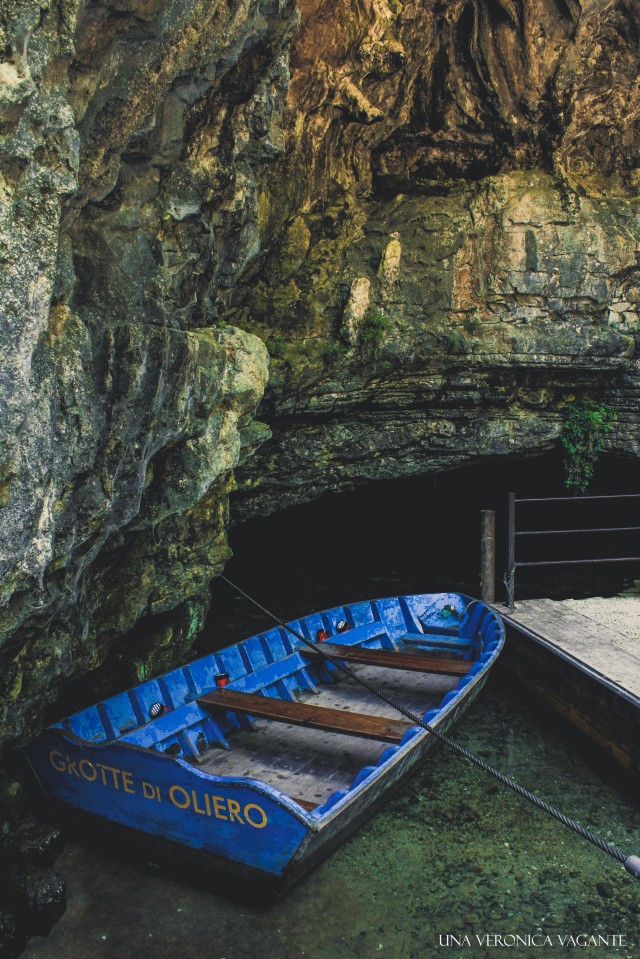 Those who follow me on instagram will probably remember the meeting I told about in the stories.
Suffering from wanderlust is a bed thing, especially when you meet a young married couple, half Italian and half Mexican, that tells you about their adventures in Mexico and Spain, and they urge you to just leave and look for a job abroad.

To witness how little I was having fun, I give you as a gift this funny photo, aka one of my experiments with the self-timer and the non-existent tripod: